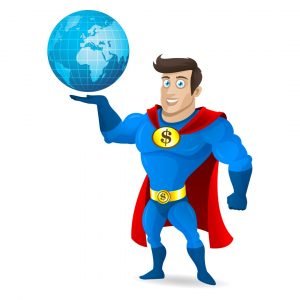 I’ve been writing tips for how to teach your kids about money for almost half a year now.

It’s time for something different.

Being a kid is tough. There are so many things to learn from A-B-Cs to 1-2-3s to Doh-Ray-Mis. I feel it’s important for money to have a role in there, but you shouldn’t overdo it. Today is a reminder to know when to roll back the money lessons and focus on what’s important.

To help us with that, I’ll present you with Superman’s Song by the Crash Test Dummies. Check out the video:

Writing this article is the first time I’ve actually seen the video. We can leave the context of Superman’s death for another time, but I wanted to focus on the lyrics and the message.

Throughout the song, the Dummies compare Superman to Tarzan. Essentially, they put down Tarzan for being a terrible hero and point out the ways that Superman is awesome. I don’t think of Tarzan as a superhero, so it’s an unfair comparison, but they make some brilliant points about Superman.

Superman never made any money
Savin’ the world from Solomon Grundy
…
Hey Bob, Supe had a straight job
Even though he coulda smashed through
Any bank in the United States
He had the strength but he would not
…
Sometimes when Supe was stoppin’ crimes
I’ll bet that he was tempted to just quit
And turn his back on man
Join Tarzan in the forest
But he stayed in the city
Kept on changin’ clothes
In dirty old phone booths ’til his work was through
Had nothin’ to do but go on home

Give it a listen with your kids and talk about it. Maybe we’ll inspire a whole generation of little Supermen and Superwomen.